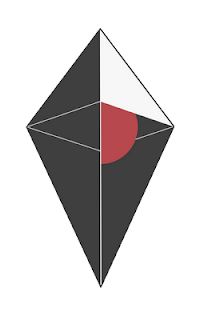 Ever dreamed of flying around exploring the universe in a spaceship, going on missions, interacting with alien life and building bases all over the place? If you have heard of No Man's Sky before it might be for the wrong reasons and if you haven't heard about it then that might be because of all the bad press it received on release meaning it never achieved the fame it should/could have. Similar to the release of Cyberpunk 2077, No Man's Sky was massively over-hyped prior to release ultimately resulting in a lot of unhappy customers when they played version 1.0 of the game on release day. No Man's Sky wasn't broken, the game worked fine, it was just very, very empty. A massive procedurally generated universe to explore with not very much to do, many (most) of the promised features of the game were missing and it was evident the game needed a few more years of development.

Jump ahead those few more years of development and No Man's Sky is a very different game than it was when it launched. Hello Games, the developers of the game, were very noble in their intentions after the dreadful launch promising to improve the game via patches and they followed through with those promises, and then some.

No Man's Sky, if you played the game when it was first released, is a completely different creature to what it was when it was launched. I would go so far to say that if it had been released in its current state it would have won a few 2016 Game of the Year Awards. If you have never played it, never heard about, or heard that it was absolute rubbish and then forgot about it then get a copy and play it today, you won't be let down.

The new No Man's Sky features a mindboggling amount of things you can do, whether you want to fly around looking at the scenery, kill alien animals, feed alien animals, ride alien animals, build bases on different planets, shoot down alien spacecraft, mine minerals, trade, farm alien plants or a very long list of other activities then you can do it in the No Man's Sky universe. There is even a storyline you can follow though there is much, much more to the game than just the story and it would be incredibly difficult to fit it all in here.

In summary No Man's Sky is very much what you imagine a never-ending space exploration game to be, there is a lot to do and you can discover new alien lifeforms, explore strange new worlds and find new spaceships to fly or do a host of other things. Another bonus is that despite the game being released in 2016 you would be surprised how good it looks, though you will of course need a decent graphics cards to be able to enjoy the sometimes stunning visuals. If PC gaming is not for you then No Man's Sky is also available on Xbox and PlayStation.

The genre of the game is difficult to define, a 3rd person RPG survival game with advanced base building and exploration thrown into the mix as well as an almost never-ending universe to explore means that it will appeal to a wide range of gamers. If you don't want to follow the story then don't, the game allows complete free exploration and is largely non-violent meaning you won't be killed immediately (usually) if you wander into the wrong area. However, there is quite a steep learning curve so I would suggest spending 10-20 hours of playtime before you will be able to correctly understand the basics. Once you have mastered the essentials to survive on the alien planets you visit then the game becomes a lot more enjoyable so hang in there.

Popular posts from this blog

July 15, 2021
Worth watching for a smile, the Amazon 'armpit farts' back to school ad.
Post a Comment
Read more

January 24, 2021
Blogger, if you aren't aware, is a very simple, free platform that Google offers for anyone that wants to start a blog, like this one. Very easy to get started with, it allows people with little or no web design experience to start blogging, without having to hire professional help. Should you decide to use it in future (or already do), one of the features of Blogger is that it allows you use a custom domain, meaning instead of yourblogname.blogspot.com you can change your blog address to something a bit more catchy like my.shinynewblog.com or whatever you prefer. When giving this a bash yesterday, I found it to be a more complicated than I remember it being on the old Blogger platform so if you also get stuck then this is a simple guide to try and help. If you find this guide too confusing and get stuck then don't forget to consult Blogger Support where you can ask questions and search answers. To setup a custom subdomain you are going to need to be able to login to your we
Post a Comment
Read more